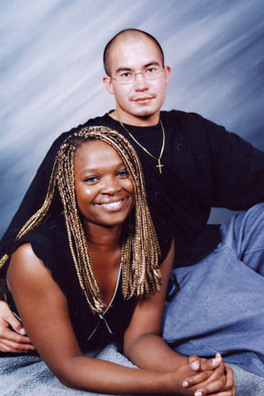 Two Hawai'i-based soldiers were identified yesterday as the men killed when a bomb tore apart an Army patrol in southern Afghanistan.

Their patrol was attacked Wednesday near the town of Deh Rawood, 250 miles southwest of Kabul, in an area where the U.S. military has been conducting an aggressive campaign against Taliban militants.

The Army said a roadside bomb destroyed the vehicle in which Fleischer and Fracker were riding.

Another soldier was wounded but has not been identified. That soldier was last reported in stable condition at a nearby American base.

Afghanistan often is overshadowed by violence in Iraq, and Pedersen paused in front of a display of photographs memorializing U.S. troops and told a reporter: "Make sure people know people are getting shot and killed here, too."

His father, Dale E. Fracker, also of Apple Valley, said he last talked to his son on the phone about three or four days before he was killed.

"He was very happy; he told us he was doing fine, for us not to worry about him, that he loves us, that he is OK," the senior Fracker told the Victor Valley Daily Press.

"He was a good kid, a happy kid. He loved other people. He enjoyed helping out other folks."

Cpl. Fracker, an infantryman, originally enlisted in April 2001 and he was assigned to Schofield in January, according to the Army. He recently re-enlisted after finishing a tour of duty in Iraq before being deployed to Afghanistan.

His father said Fracker was posthumously advanced to the rank of sergeant, and awarded the Purple Heart and the Bronze Star.

Fracker is also survived by his mother, Ligaya A. Fracker, and a brother, Herman Hildo Fracker. Herman is in the Marine Corps and has served back-to-back tours in Iraq.

"He is going to exercise his right under that sibling act, we all agree," his father said of Herman. "We don't blame our son Herman for not wanting to go back. He has done his share."

Dale Fracker Jr. was not married, but he did have a fiancée, Tracy Mitchell.

Fleischer's parents, Rad and Jane Fleischer, live in San Antonio, Texas. St. Luke's Church recently ran their son's photo and address and an appeal for parishioners to pray for him while he was in Afghanistan.

Fleischer and Fracker are the eighth and ninth Hawai'i-based soldiers killed since May in Afghanistan. The deaths also bring the toll of troops with Hawai'i ties killed in Iraq and Afghanistan to 42.

Fleischer, of St. Louis, enlisted in March 2003 and was assigned to Schofield in October 2003.

Schofield Barracks plans to hold a private prayer service for the two men on Wednesday.

If you have anything to add to Dales's tribute please send to Webmaster@Bobcat.ws